There are several ways to enter Canada. Canadian law requires citizenship or proof of identity to enter Canada. An individual who wants to visit Canada must enter during a valid time of entry. He/she must possess a valid passport. Be in good health and must not have any criminal offenses on record. Traveling to Canada can be done by land, water, or air as long as all requisites are met.

There are several reasons for the denial of entry into Canada. Firstly, an individual may be denied entry into Canada because of a lack of documentation of identification. This also applies to the insufficient identification of minors (children under 18). Other reasons may include having criminal convictions. Entry may also be denied if an individual is traveling with prohibited items. Lastly, having no permit, visa, or authorization can prohibit a person from entering Canada, unless an individual is from a visa-exempt country with no criminal history.

What is a Temporary Resident Permit & Who Can Apply for TRP?

Requirements While Crossing the Canadian Border!

There are several requisites for crossing the Canadian border. Firstly, the individual must have a valid driver's license. Secondly a valid vehicle with valid registration. American citizens do not require a passport, but it is highly recommended. However, a birth certificate, certificate of citizenship, certificate of Indian Status, and photo ID are required. Crossing the border back to the US has stricter rules. Whether arriving by land or water the following documents are essential. A valid passport. A Canadian citizen must possess a valid passport through the intended duration of their stay in the US. Citizens of other countries must have a valid passport up to 6 months after the intended date of departure. In case of an invalid passport, a secondary inspection is mandatory. The United States Passport Card is required. Traveler Cards such as NEXUS, SENTRI, or FAST State or Provincial Issued driver's license. Other options may include Enhanced Identification Card EDL/EIC Military ID with orders. The U.S. Lawful Permanent residents can use their permanent resident card or any other valid proof of their permanent residencies. Travelers entering through ferries or boats will also be subject to the aforementioned requisites and must require a WHTI-compliant document.

All individuals crossing the border/entering Canada will be subject to screening by an Immigration officer. Entry into Canada depends upon how much an individual can convince an immigration officer on their intent of visit and assurance of return once the duration of permit to stay, expires.

The Canada Border Service is handled by the CBSA or The Canada Border Service Agency. It is responsible for immigration, border enforcement, and customs. The agency removes any person who is trying to enter Canada illegally. All individuals are subject to screening and examination by CBSA officers. All items and goods entering Canada are also closely scrutinized by CBSA officers. They use detector dogs for their examination. The agency is also responsible for the three main seaports, mail centers, and detention facilities. The criminal investigation division is responsible for dealing with criminal records and offenses. Border services also include an intelligence wing that is responsible for intelligence support to decision-makers in the agency.

If someone committed a crime in the past and served a sentence and at least 05 years have been passed the person can apply for Criminal Rehabilitation. Criminal Rehabilitation is a special document issued by Canadian Visa Offices to the people who have served the sentences and can prove that now they are improved individuals and their past criminality should be waived off or should not be taken into consideration as they are rehabilitated now and living a responsible life. A US citizen/resident or any visa-exempt or visa required country's citizen may be denied entry into Canada because of having a criminal record. This is categorized as criminal inadmissibility. The only way for an individual to have a criminal record to enter Canada is if he/she obtains permission from the Canadian government. Such an entry is granted by a permit known as Temporary Resident Permit or TRP. As mentioned before, if a certain time has been elapsed since their last serving against the sentencing from their offense, they can apply for a specialized permit to render them no longer inadmissible to Canada through a process called Criminal Rehabilitation Application. A foreign national with TRP may be issued a single/multiple entry/entries for short periods of time. This is only available to individuals who have finished their sentences and are allowed to "rehabilitate".

Individuals with single felonies on record may be deemed rehabilitated ten years after they have completed their full sentence. However, if an individual has more than one felony on record, he/she may not be applicable for deemed rehabilitation and may not be admissible even after by passage of time. Unless special circumstances only. If the offenses involved property damage, weapon, or violence inadmissibility to Canada may be permanent. Thus, under special circumstances, an individual may be pardoned and allowed entry/residency into Canada.

Some of the Criminal Offenses which can result in Denial of Entry to Canada:

Team, The Visa Canada can help you to facilitate your trip to Canada, whether you or your family members are refused entry to Canada at the Canadian Border or afraid of possible entry denial due to past criminal convictions or criminal records. We are a certified immigration law firm and our Regulated Canadian Immigration Consultant has years of experience in dealing with complex immigration applications. 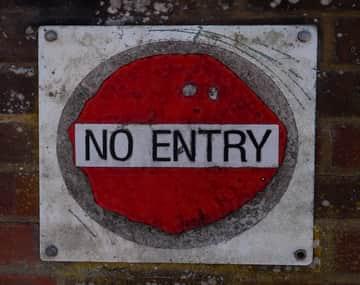