What is the Spousal Sponsorship of Canada?

As the word spouse suggests a married relationship, spousal sponsorship means sponsoring a married partner to Canada. According to Canadian immigration law, a marriage will be considered a marriage if it took place legally where it took place or Canadian law accept it as legal.

Before sponsoring a spouse to immigrate to Canada under a spousal sponsorship program, the sponsor must be sure that he/she is eligible to sponsor. Some of the important points to take into consideration are as follow:

It is imperative to note that the spouse being sponsored must be free of criminal convictions and be in sound health. After immigrating to Canada, the spouse is allowed to work/study in Canada. The applicant and the sponsor will have to fill out the following forms to carry out the process:

For Canadian Spousal Sponsorship following forms must be filled and attached to the application:

The list of forms may vary according to the type of sponsorship application. There are two types of spousal sponsorship applications: Inland Spousal Sponsorship, Outside Canada Spousal Sponsorship. The processing time varies for each category and also varies according to the country of origin or residence of an applicant but Immigration Refugee and Citizenship Canada (IRCC) has committed to deciding all those applications within twelve months.

But as mentioned earlier each inland spousal sponsorship application is dealt with on its own merits. To get a smooth and prompt decision, certain conditions needed to be met by both candidates i.e. sponsor and the person being sponsored. However, if the applicants can prove the genuineness of the relationship and show multiple proofs regarding the closeness to each other and dependency on each other, it is likely the inland spousal sponsorship processing time may get reduced and it will be a straightforward case.

Who is the Principal Applicant in Spousal Sponsorship?

Canadian spousal sponsorship application has many forms and often people get confused as to which form belongs to whom as the form as the term used whilst filling up the form as Principal Applicant whereas most of the forms are asking information about the person who is sponsoring, so confusion arises who should be called a Principal applicant. To understand it further we have to understand that Canadian spousal sponsorship applications are processed in two parts. At the first stage, the sponsor's eligibility is defined that whether the sponsor is eligible and he/she meets the eligibility requirements for spousal sponsorship, technical at this stage the sponsor is called applicant, and once that stage clearly and Approval in Principle (AIP) issued the application is moved to the next stage to the relevant IRCC office (if filed an inland Canada spousal sponsorship application) or to the concerned visa office of the country of residence or country of origin of the person being sponsored and from this point onward applicant will always be the person being sponsored for permanent residence of Canada.

Sponsors are obligated to provide necessities of life like food, shelter, clothes, and all the financial or basic health-related services to their sponsored spouses for at least  3 years from the day their spouse, common-law partner, or conjugal partner obtains their permanent residence status in Canada. The sponsor signs this undertaking whilst filling the forms for spousal sponsorship and remain obligated for at least 03 years unless they cancel the sponsorship application and inform IRCC to withdraw their application. This is only possible if the sponsorship application is still under process and the final decision has not been rendered on the application. Once the spousal sponsorship application has been finalized and the sponsored person has completed the landing procedure then the sponsor will be obligated for the period as specified above no matter what happens with their statuses like marriage dissolution or separation due to whatsoever reason or they change their mind and no longer want to live with the person whom they sponsored. Sponsors' obligations start right at the same time when the undertaking is in effect.

This undertaking is a binding contract between IRCC and the sponsors, in which it is established that it is the responsibility of the sponsors that they will support their sponsored spouses for the duration of the undertaking at least, no matter what happens with their marriages. The undertaking will remain in effect despite the following:

Although there are no financial requirements to the sponsors like in other sponsorship applications to meet the low-income cut-off (LICO) to sponsor their spouse partners. common-law partners, conjugal partners or to sponsor their dependent children but it is always better if one can demonstrate their financial abilities.

Immigration, Refugees, and Citizenship Canada (IRCC) have removed conditional permanent residence for sponsored spouses and partners of Canadian citizens as of April 28, 2017.

The rule initially required the sponsor and spouse to live with each other for at least two years. However, each application is deeply scrutinized and fraudulent marriages aiming for mere permanent residency are kept on a keen eye.

Some of the reasons why an application for spousal sponsorship can be rejected are as follow:

Thus, it is suggested:

A strong case will make sure that your spouse's immigration to Canada application is successful but a thorough and professional presentation will prevent the immigration officer from wanting more documents to be submitted thus impeding the immigration Canada spouse sponsorship application process.

Canadian immigration law is different than American immigration. In case an American wants to relocate to Canada along with his/her spouse he/she must first become a permanent resident to be eligible to sponsor. 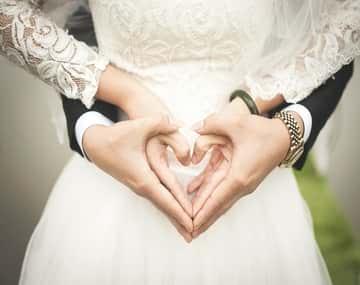