In Common-Law relation as a couple is not legally married so spousal sponsorship is out of the question but a common-law partnership can be proved by multiple factors; of which some of them are as follow:

Certain misconception about the common-law relationship

There are several misconceptions about the common-law relationship which are as follows:

The period of cohabitation in terms of a sponsorship application has always remained a confusing part among most common-law couples. Either they think they are qualified to sponsor their partners as soon as they start cohabiting together or they think it will require them years and years to claim a common-law relationship.

Having a child with a common-law partner will eliminate the 12 months cohabiting requirement.

If the couple cannot prove that they were cohabiting together as a couple where their relationship is having the same elements like as a married couple and share the same interdependency both in terms of financial and social values and cannot prove that they are also sharing other common things, they cannot apply as a common-law couple. Thus, having a baby will not supersede the cohabiting for at least 12 months requirement unless the couple gets married and apply under the spousal sponsorship route.

There is no financial obligation, as they are applying as a common-law partner and are not married.

Living outside of Canada thus cannot sponsor a common-law partner

This is a technical thing as it may partially be true under certain circumstances but in general, may not be true to its face value.

In terms of sponsoring a common-law partner from abroad whilst living abroad is possible for Canadian Citizens but still, they must have to prove that they have strong intentions to reside with their partners in Canada once their partner's application gets a positive decision and the whole process of sponsorship is not just to facilitate the partner's status in Canada. Visa officers here will not only have to judge the credibility of the relationship but also the intention of the couple to establish in Canada.

Similarly, it may be true for permanent residents of Canada as they cannot sponsor their common-law partners whilst live abroad, they must be physically in Canada in order to initiate the common-law sponsorship application for their partners.

Again, there is a misconception that if someone applies as a common-law partner it will have fewer chances of approval as compared to spousal sponsorship applications. There is no truth in this misconception as the essence of the application lies in the bonafide of the relationship rather than their marital status. A genuine common-law relationship has equal importance and value in terms of Canadian immigration law as a married relationship. Each application is normally decided as per its merits and yet alone not being married may not render you a negative decision on your sponsorship application.

Common-law sponsorship applications may get more time to process

The sponsorship applications in all three routes i.e. spousal, common-law partner, or conjugal partner streams take around 12 months to process. The amount of time to process the application varies as per the complexity of the application and the circumstances of the couple rather than a stream of an application under which it is applied. Although it is a general concept that married spouses have to put less effort to show the genuineness of the relationship as compared to the common-law or conjugal partner applicants. It may be partially true as marriages may have certain advantages and obligations as well and being the de jure relationships easy to establish and prove but again genuineness of the relationship element will be the same as with other streams i.e. common-law or conjugal.

The visa officer has tangible proof of relationship in spousal circumstances whereas the applicants have to establish their claim in common-law or conjugal relationships.

If you are in a legitimate common-law partnership and wish to sponsor your partner to Canada the following situations may be considered for your sponsorship.

Cohabitation refers to two people living together in a household with a setup of mutual understanding.  Common-law partners must be living together for at least 12 months according to the law. There can only be interim separation for legitimate purposes such as business trips or family visits, obligations, or study purposes.

If such reasons exist, the couple may still apply for sponsorship providing they have evidence to support their circumstances and proof of intention to continue the partnership. A longer period of separation may prove to be detrimental in supporting the application. Thus, just like a marriage relationship, the common-law partnership should determine the intentions of staying and getting back together as soon as possible.

Sponsoring a Common-law Partner with a prior common-law relationship

Sponsoring a Common-law Partner legally married to someone else

Sponsoring a Common-law Partner who is a previously separated spouse

A legally separated spouse who was a non-accompanying family member and was not disclosed because the sponsor was in a common-law or conjugal relationship with a Canadian Partner can NOT be sponsored by the spouse in Canada.  In such cases, the visa officer must have to satisfy that the common-law partnership is not dissolved purely for immigration purposes and the new relationship with the previously separate spouse is legit and the officer will determine the R4.1 does not apply.

As per the Immigration and Refugee Protection Regulations R 4(1)(a)(b):

Divorce and remarriage do not overcome exclusion. A previously married spouse may be only excluded if they were married but not examines at the time that the sponsor applied for permanent residence.

The sponsor remains in Canada while the person being sponsored waits in their home country. The inland common-law sponsorship will allow the person to be sponsored to reside in Canada providing that he/she attains a temporary visit visa (except for nationals of visa-exempt countries) In case the visa is denied the applicant may have to apply for sponsorship under the outside-Canada process.

Let us help you in sponsoring your common-law partner today. We have a professional team having years of experience handling such complex cases and can help you to file your application. 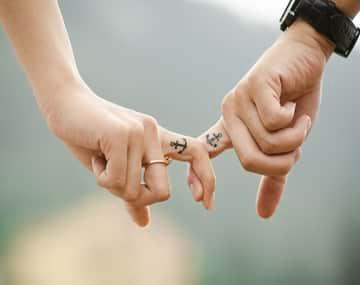