What is Conjugal Partner Sponsorship?

The Supreme Court asses conjugal partnerships based on the following factors:

A conjugal partnership is not represented by a legal document rather the passage of one year of the relationship. The couple may have cohabited together for some time and then been compelled to live apart due to circumstances beyond their control. So, it is not a matter of choice to live away from each other but rather a matter of compulsion. If the couple is able to live together and is now living away from each other as per their will they may not be able to apply under the conjugal partner sponsorship route. The conjugal couple just has not to show their sexual preferences but have to present thorough documentation showing evidence such as joint ownership, insurance policies, joint decision making, joint financial support such as shared income insinuating a co-dependent relationship similar to marriage. A conjugal partner can be sponsored if:

If you meet the aforementioned criteria you may be able to apply for sponsoring a conjugal partner to Canada.

Is a girlfriend or a boyfriend be a conjugal partner?

Conjugal partnerships can be for both opposite-sex and same-sex couples. It is perfectly normal to apply for a girlfriend's or boyfriend's sponsorship application under the conjugal partner sponsorship program but as the conjugal route is introduced as a special route for those couples (regardless of their sexual preferences) who cannot live together for situations or circumstances beyond their control. If we further stretch the definition of beyond control it is a very strict definition. for example, if one partner is a Canadian Citizen or a Permanent Resident of Canada and the other partner is not able to come and live with the first partner to Canada they may not able to apply for the conjugal partner sponsorship application as the first partner may go and live with the other partner in his/her country of residence. The couple has to demonstrate that they cannot live together as if they start living together there may be a threat to their life due to certain restrictions culturally or socially or there may be a fear of persecution to them or the couple may be penalized by authorities or community.

What is the difference between Spouse, Common-Law Partner, and Conjugal Partner?

In a common-law relationship, two people regardless of their genders live together to form a marriage-like relationship without been getting married. To qualify for the common-law sponsorship as per the guidelines by the IRCC, the couple has to live together for a continuous period of at least one year before applying to the common law sponsorship program. The couple has to demonstrate financial, social, physical, and emotional dependency like married couples.

Conjugal partners are someone who is in a relationship for at least a year with someone and on whom they are dependent for all their financial, social, physical, and economic needs just like a common-law partner but they must be living apart, not by choice but rather due to situation beyond their control.

The applicant intends to immigrate as a conjugal partner must provide ample evidence of prevailing conjugal relationship with the sponsor for one year at least proving an existing mutually interdependent relationship. Both partners must be able to provide evidence of their inability to cohabit due to compelling barriers. This is regardless of their intention to marry, however, shows a legitimate objective to stay together.

Inability to reside together due to persecution or penal control.

Conjugal relationships which are prevented from cohabiting due to threats of persecution or any other penal control may be considered as a common-law partnership to be sponsored as a conjugal partner. Persecution refers to the ability of the government to punish relationships such as homosexuals, gays, lesbians by law, and prevent such individuals from finding employment, shelter, and respect for their rights. Persecution also ostracizes them socially. Penal control prevents such individuals from living together as it is considered illegal by the law.

Applicant married to another person.

Partners who are married to another person but have been separated for the past year and are aiming for divorce but have cohabited with a conjugal partner may be considered applicable. The partners must have physically separated from their spouse and would be inapplicable if they are still in an intimate relationship with their former spouse. Thus, it is imperative for a genuine separation with a former spouse regardless of whether the person has known his/her present conjugal partner. The officers must be convinced of a separation or else additional evidence such as the following must be provided:

When sponsoring a conjugal partner, you must sign an undertaking with the Minister of Citizenship and Immigration ensuring to provide financial support and health care to the partner and dependent children. The undertaking is proof that the partner will not have to apply for social assistance.

You do not need to wait any longer for you and your conjugal partner to be together, call us today and we will help you ASAP! 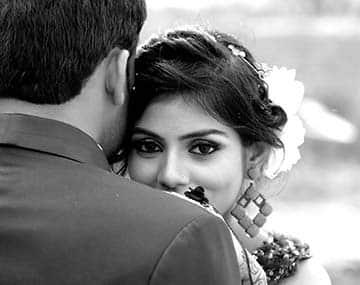