Eligibility for the parents and grandparents sponsorship program

In order to be eligible to sponsor your parents or grandparents, the applicants must be:

Parents and Grandparents' Income requirements for the last 03 taxation years:

If you sponsor your parents or grandparents, you will have to:

There will be a few changes in the new program for 2019 including the following:

How to apply for the Parents and Grandparents Sponsorship Program

To apply the sponsors must submit Interest to sponsor forms online. The number of ‘interest to sponsor’ may be greater than the intake thus some potential sponsors may not be invited to apply. The form normally requires the following information:

If the Canadian sponsor is approved the application will be processed at a Canadian Immigration office.

Other Requirements for Parents and Grandparents Sponsorship Program

All people being sponsored must pass criminal record checks and security checks. They will also have to take medical tests. Similarly, the person who is sponsoring must have a clean criminal record and not be convicted of certain crimes. They must show sufficient income and must not be on social assistance. The sponsor must not be in the default of a previous sponsorship.

In cases where an application is rejected by the immigration authorities due to reasons such as insufficient income, inadmissibility, health reasons or misrepresentation appeals can be made through an application to the Immigration Appeal Division (IAD) of the Immigration and Refugee Board. The appeal must be made in writing within 30 days of the sponsor’s receipt of the refusal decision. The appeal may be accepted on humanitarian and compassionate grounds even if it was correct according to the law. In case the sponsorship refusal cannot be appealed since the IAD does not have legal jurisdiction an appeal may be made to the Federal Court.

The processing time can take up to two years. Once the application is approved the foreign parents/grandparents will be issued permanent resident visas that will allow them to travel to Canada.

You don’t have to wait any longer to be united with your loved ones. Let us help you today. Contact us now for a free consultation session. 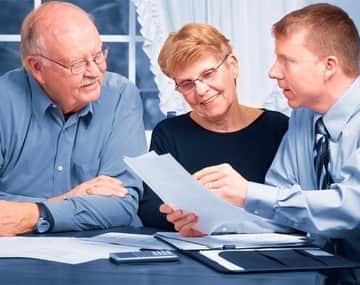